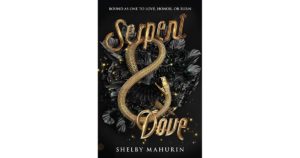 “A witch and a witch hunter bound by holy matrimony. There was only one way such a story would end — a stake and a match.”
The land of Belterra is plagued by fear of magic and witches. With the citizens wanting nothing more than the witches to be eradicated and burned at the stake, they walk the streets in disguise, hiding the smell that emits from their magic – that is until they themselves can destroy the humans, especially the royal lineage.
Two years ago, Lou left her coven to save her life. Being forced to suppress her magic and live life as a normal citizen – she subjects to lying, stealing, and killing (if necessary) to survive in the city of Cesarin, where life is hard, especially for women. She manages to fare undetected, being extra careful every step of the way…until one burglary – probably her most important one – goes wrong, setting the wheels in motion.
With the chasseurs — ruthless witch hunters affiliated with the church — and enemies of her past hot on her trail, Lou ends up in a compromising position with the Captain of the Chasseurs, Reid Diggory, a very detrimental position for the both of them. To avert any unnecessary situations, the Archbishop – leader of the Chasseurs, who is just as cold-hearted – comes up with a solution: Lou can either go to jail for her thefts or marry Reid and save his virtuous reputation.
Lou, being the smart girl she is, obviously agrees for the marriage as a means to protect herself from her enemies, as does Reid to salvage his repute. But they both could not be any more different from each other.
Lou is a strong, independent badass witch, with a high dosage of spunk and sass. Loves breaking rules, hates following orders. She is a feminist through and through, fully capable of saving herself, knowing when and where to put the men in their places.
Reid is a hard-core disciplined soldier, who blindly believes in the rules and regulations set by the church and Archbishop – a man he sees as his father. He will follow orders, even if his conscience says otherwise. He has a sweet soul that’s been tainted by the blood and cruelty of the Chasseurs.
Their arguments will leave you in hysterics. Their attempt at trying to be civil to each other will have you second-guessing their emotions. But their differences and learning from and accepting one another is what progresses the plot into creating a perfect atmosphere for a slow-burning romance that will keep you on your toes.
Besides the protagonists, the side leads are a complete entertainment package. There’s: bitchy, but loyal Coco – a blood witch and probably the best girlfriend Lou can ever have; sweet and adorable Ansel – the teenage soldier who is basically the-boy-next-door; And lovely, but stubborn Beau – the Prince. It’s a dream team, I tell you. And let’s not forget Lou’s enemies from her past – who exactly are they and why are they after her life? Adding in a few other black and white characters. It’s a puzzle figuring out if anyone is a villain in this story or if everyone’s just a hero of their own story…
With her fast-paced writing and plot twists at every corner, Shelby Mahurin has done a marvelous job at creating a world that you will dive right into and characters you’d want to befriend. Perfect for fans of Sarah J. Maas.