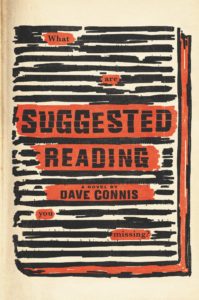 Clara’s entire life has been defined by books. She can count the changes in her life by the stories that caused them, and define her achievements by her role as a reader. So when on the first day of her senior year at Lupton Academy, she discovers that the school plans to ban a list of fifty books, many of which have changed her life, she is understandably angry. Said anger grows when the school librarian tells her that this is not the first time, and that the school will simply make the books disappear from the shelves without telling the students. So Clara does what any bookworm worth her salt would do: convinces the librarian to let her deal with the books (technically she tells him that she will redistribute the “bannies” to little libraries in the area, but you know, details). And then she starts up an underground library (UnLib) in her locker.
UnLib takes off in ways she wasn’t expecting; in ways that a southern girl just trying to get through her senior year is definitely not prepared for. Soon enough she is meeting patrons of her library every day, between every class, in every free period, even giving up her lunch just to keep the UnLib functioning. And as the UnLib starts to draw new people into her orbit, people she has barely spoken to, like the resident rich kid clique the star-stars, her best friend and Student President LiQui’s Student Cabinet (StuCab) and even the very adults trying to ban her beloved books, Clara finds her world changing in ways she never could have anticipated. Not all are bad though, and Clara soon finds herself making friendships that she never would have thought possible, and learning, along with the rest of her school, just how much books really can change you— for better and for worse.
In the end, Suggested Reading is about understanding. It is about how we make assumptions and interpretations of things and people based on our own limited knowledge, and how the conclusions we draw are not always right, or the same ones that somebody else, somebody with a different history and perspective might in our place. It is about accepting those differences and using them to create discussion and narratives that expand our own understanding of the world, and how books influence us.