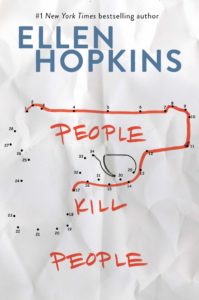 The book People Kill People, by Ellen Hopkins, is extraordinarily written. The writing hits your emotions in all the right places, and it gives insight into many different people’s lives and their views on things such as gun laws and immigration rights. People Kill People tells the story of six different teenagers. They are all connected, in more ways than just firearms in the state of Arizona. One thing brings them together; the thought of using a gun on someone. Themselves, a stranger, the person they love most. There is a little voice in their heads, whispering, controlling, saying what if. Hopkins writes in an amazing style, each character getting a spotlight and summarizing it with poems after. She addresses the issues and lets you decide for yourself, whatever your opinion is. At the end of the story, someone shoots and someone dies. This is how the world goes. Read People Kill People to find out.
I would recommend this book to anyone who is politically active, and who wants to make a difference. Anyone on either side of the political spectrum. If you have lost a loved one to gun violence, read this book to know you are not alone. If you want to find out more about these issues, read this book. If you think any aspect of it is interesting, read this book because you will not be disappointed. People Kill People is the next big thing, and it will change hearts, minds, and lives. 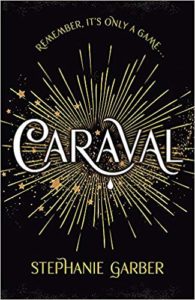 Several months ago, a friend of mine sent me a book for my birthday: Caraval. In retrospect, I should have picked it up much sooner. Caraval has become one of my favorite YA books to date, and its sequel- Legendary is, if possible, even better. In her amazing debut Stephanie Garber redefined fantasy in this twisting tale seeped in dark magic and unexpected revelations.

Scarlet Dragna lives on the Isle of Trisda with her sister Tella and their cruel father. For years Scarlet has written letters to Legend, master of the magical circus-game of Caraval, begging him to come to Trisda. Now engaged and ready to escape Trisda with her sister, Scarlet finally recieves a reply from Legend- and three tickets. Now Scarlet must make a choice: marry the man her father chose for her, or run away to attend Caraval with Tella and the handsome young sailor who has offered his help in exchange for a ticket. 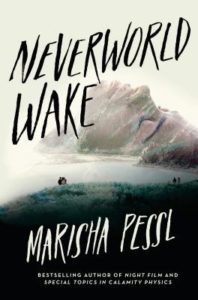 Neverworld Wake, by Marisha Pessl, is a stunningly put together story. It tells of a girl named Beatrice who recently lost her boyfriend, Jim, at the end of her senior year of high school. Jim’s death reveals a bounty of unanswered questions, and Beatrice needs to get to the bottom of them. She returns to Wincroft, the mansion belonging to her old best friend. Beatrice and all her friends were separated after Jim’s death. While searching for answers, Beatrice gets swept up into the craziness of the night, and can’t escape. They become trapped, stuck in time. Beatrice and her “friends” are introduced to a confusing place called Neverworld Wake, where they live a century inside a second.
Neverworld Wake is thrilling. It’s impossible to put down. Once you get sucked into the wake yourself, there’s no coming out until the story is finished. It’s hypnotizing; the mere idea of this wake is captivating. There is drama, sadness, adventure, edge-of-your-seat anticipation, and plot twists you could never imagine. This book is bound to become popular among YA readers. It is one of a kind, and I urge everyone to read it. Neverworld Wake is one of the best books I have ever read, and a great addition to the YA genre. 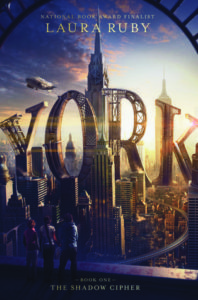 Laura Ruby delivers a fantastic adventure in York: The Shadow Cipher. This is the first book in the series. It tells the story of a peculiar world ruled by two famous twins, Theodore and Theresa Morningstarr. Back in the 1800’s, these twins were amazing inventors of all sorts of machines and buildings set to use in New York, including the Morningstarr Tower. Right before the two disappeared, they left the ‘Old York Cipher’ in their wake, a series of ciphers and puzzles in the newspaper left for the citizens of New York to solve.

Back in modern day New York, another set of twins, Theo and Tessa (their grandpa was obsessed with the Morningstarrs and their cipher), along with their friend Jaime are being ripped away from their home. They live in one of the original Morningstarr buildings, which are all being demolished by a billionaire real estate developer. Their building, their home, was getting taken away. The kids realize the only way to save their building is to solve the impossible Old York Cipher. Their grandpa had said, while you’re trying to solve the cipher, it’s trying to solve you.

This book is written with so many twisters, you can never expect what comes next. From the moment I started this book, I could not put it down. It is an excellent read for anyone who likes “alternate-history adventure” with mystery and puzzles. There is so much adventure in this high-tech, unimaginable world. I can’t wait for the next book.