Hi! I’m Sophie, and I’m a student at Santa Cruz High School. I’ve always loved books. My favorite genres are Realistic Fiction and Fantasy, and a few of my all time favorites are the Percy Jackson series, Most Likely by Sarah Watson, and To All the Boys I’ve Loved Before by Jenny Han. I’m also super interested in journalism, and some of my favorite things to do are to spend time with my friends, dance, read (of course!), and go to the beach! 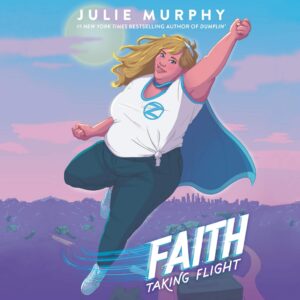 A lot of people have told me over this quarantine that they’ve gotten into things that they previously weren’t as interested in. Whether said interest was a new Netflix show, virtual yoga, or becoming a less-than-expert chef, the common theme seems to be that people are trying something new. And as I am no exception, my “new thing” during this pandemic has been superheroes. I was always more of a fantasy person, but recently I’ve become obsessed with these heroic stories. However, as I watched every Marvel movie available and read every comic strip in the house, I noticed something common about every hero pictured in these stories. Almost every single one of them seemed to be straight, white, and thin. And that’s where Faith Taking Flight comes in.

“Faith Taking Flight” by Julie Murphy is the first in a duology that tells the origin story of superhero Zephyr from the Valient Comics universe. Faith is a pretty average 16 year old, who spends her time volunteering at the local animal shelter, writing for her school’s journalism club, and hanging out with her two best friends, Ches and Matt. However, she has a secret, and it’s a pretty big one- she recently discovered she is able to fly. Throughout the story, Faith must learn to control her newfound powers in order to save everyone she loves from a mysterious group wreaking havoc on her town.

Faith is a hilarious and witty protagonist, and in addition to her charming personality, she’s also plus-size and queer, two things that are scarce in the superhero realm. And the best part is that these two traits aren’t the main focus of the book. It was really refreshing to see a story about an LGBTQ person where their sexuality isn’t the main focus. Murphy did a great job of making sure readers would see representation, while also making it clear that Faith’s weight and sexuality doesn’t define her. And it makes for some pretty cute LGBTQ romance, too!

Although the beginning of the book was a bit confusing, I really enjoyed Faith’s story. It is rich with suspense, mystery, and action, and although the plot twists were slightly predictable, I appreciated them all the same. I personally can’t see myself rereading this book, but I really liked the diversity and charm it brings to the superhero world. And I really hope to see most superheroes like Faith in the future! 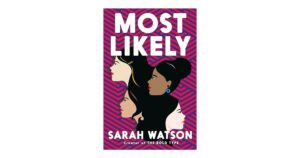 Honestly, I think a lot of us are excited for the day that we finally have a woman president. And in the novel “Most Likely”  written by Sarah Watson, we get a glimpse of what that might look like in the future. The plot follows four friends; Cj, Jordan, Martha, and Ava, one of whom will eventually end up holding office. None of the young women know this at the time the book is set, which is the group’s senior year. As the four struggle to find their identities and futures, we as readers are left to speculate who will end up holding office, until the end of the novel. And let’s just say it’s not who I expected!

All four of the main characters are very relatable, especially for young adults like myself. Watson does a fantastic job of showing different perspectives of the same story, while still tying everything together. Because of the switches in perspective, there is never a lull in the storyline, which ended up being one of my favorite things about the novel. And despite that the plot does get a bit hard to follow at times, it always came back together just at the right moments.