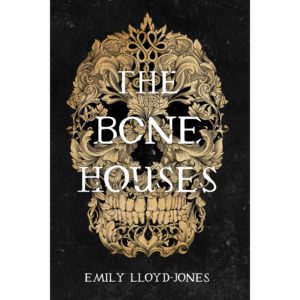 Walking Dead meets The Black Cauldron in this epic fantasy novel, involving a grave-digger with an ax, a map-maker with no family name, and lots of dead people. The perfect mix to brew a troublesome adventure.
Colbren is a small town on the outskirts of a mysteriously enchanted forest that is home to magical creatures and a cauldron that holds the power of bringing the dead back to life. But those are all just stories. One that only the older generations of the village believe in – guarding their village and houses with iron fences and knowing not to go into the forest of sundown. Granted that no creature of any sort has treaded past the forest edge (or that anyone’s seen) in a long time. But that slowly starts to change…
Adryn a.k.a Ryn is a grave-digger like her father, who lives with her younger siblings – Gareth and Cerridwen. Their parents are both dead but have an uncle, their caretaker, who is mysteriously missing. Ryn’s never been afraid of the forest, believing the folktales, and having encountered her first bone house (the animated dead) at the age of six – she knows what resides in it and that they never leave the forest, only awakening after dark. However, she starts to grow anxious when they start venturing closer and closer to the edge – until one day, they cross it. Vowing to protect her family from danger, she decides to destroy the very root of all these problems – the cauldron, even if it means going beyond the forest.
Meanwhile, Ellis, a mapmaker, has traveled to the village, aiming to draw a map, detailing all that is beyond the forest, where many few (actually none) dare to venture. But there’s
something else – he’s hiding something, something he doesn’t want anyone to know about. And what is with the excruciatingly chronic pain in his left arm? While camping in the forest, a bone house attacks him, and Ryn ends up saving his life.
Needing Ryn’s help on his journey, the pair form an unusual alliance – both having ulterior motives, with wanting to find the legendary castle that houses the magical cauldron.
Told in alternating narratives, the book immediately dives into a world of death, family, love and magic from the very first page. What I loved about the characters is that there is no character development. It’s more of Ryn and Ellis coming to understand and respect each other’s characteristics, admiring traits of one another they (and often others) consider a flaw. There’s a sweet slow-burning romance, but it all comes together in the end.
The lush and gorgeous, fast-paced writing with a fun, humorous, folklore vibe will have you finishing the book in one sitting. Anyone who likes strong female fantasy characters and Welsh settings should pick up THE BONE HOUSES when it comes out